Celebrating Hispanic culture and helping some of our veterans, October 1946

It’s October and that means it’s time for “Fiesta de la Raza”, sometimes also known as “Dia de la Raza”.  This year, historic St. Francis Catholic Church is celebrating its 75th annual Fiesta de la Raza.  The event is the celebration of Christopher Columbus arrival in this hemisphere and the start of the Hispanic race and culture through the contact and mixing of the Europeans and indigenous peoples, such as the Aztecs, who were already living in this hemisphere.  Mexico first recognized the event as a national holiday in 1928, but it is also celebrated in other Latin American countries, though sometimes under different names such as “Dia de la Culturas”, “Dia de la Resistencia Indigena”, and “Dia de las Americas”.

Waco’s celebration of Fiesta de la Raza at St. Francis Catholic Church traces its beginning to 1946.  According to church records, the idea for the event originated with Father Anthony Frontera, who came to the church during the Great Depression.  He wanted to educate parishioners about their Hispanic and Catholic heritage and instill a sense of pride.

Since its start the fiesta has included food and games as well as presentations by music groups and folklorico dancers.

*A huge thanks to St. Francis Catholic Church Parish Business Administrator Orlando Salas for providing me with helpful information

While researching Dia de la Raza, I accidentally found an article that relates to a question a customer asked several years ago for which I could not find an answer and with which I was not familiar.  Best I can remember he or she asked about World War II veterans who were physically disabled while serving receiving free cars after the war.

On August 8, 1946, President Truman signed Public Law 79-663 as passed by Congress.  Part of the law provided $1,600 for disabled WWII veterans to use to buy a car, with special equipment if need be.  So it was that 75 years ago this month and a little more than a year after the end of the war, the Waco Tribune-Herald reported that about 75 local veterans who lost one or both legs or lost the use of one or both legs during the war had bought cars using the $1,600.  In September, Thomas White, who lost a leg during battle while serving with the 36th Division, became the first local resident to get a free car.  Also among the 75 was Andrew Law Jr., the first African American veteran in Waco to receive the benefit and get a car.  While serving with the 585th Engineer Co. on New Guinea in August 1942 he was injured and lost the use of his right leg.  He was discharged in June 1943 with 100% disability. 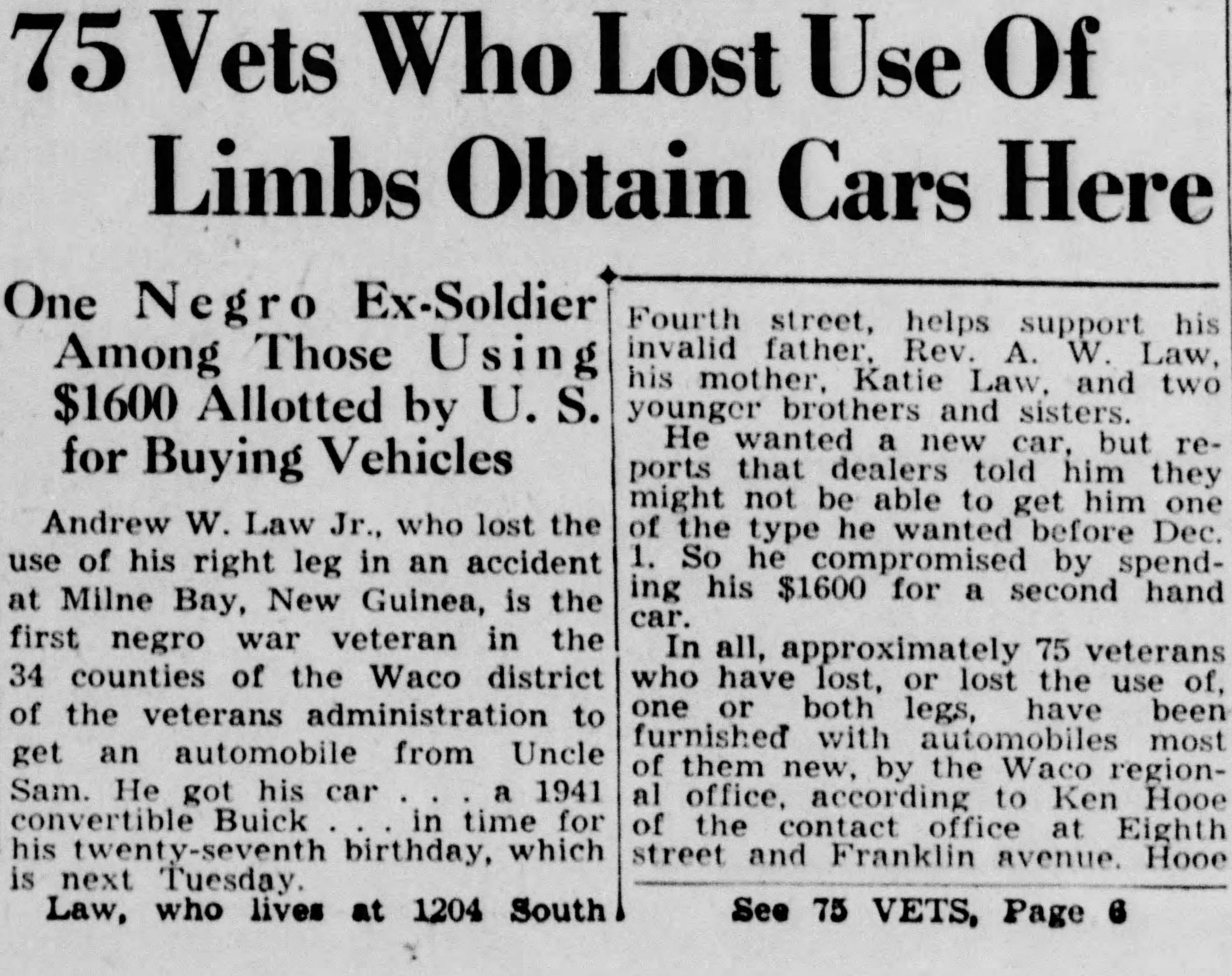 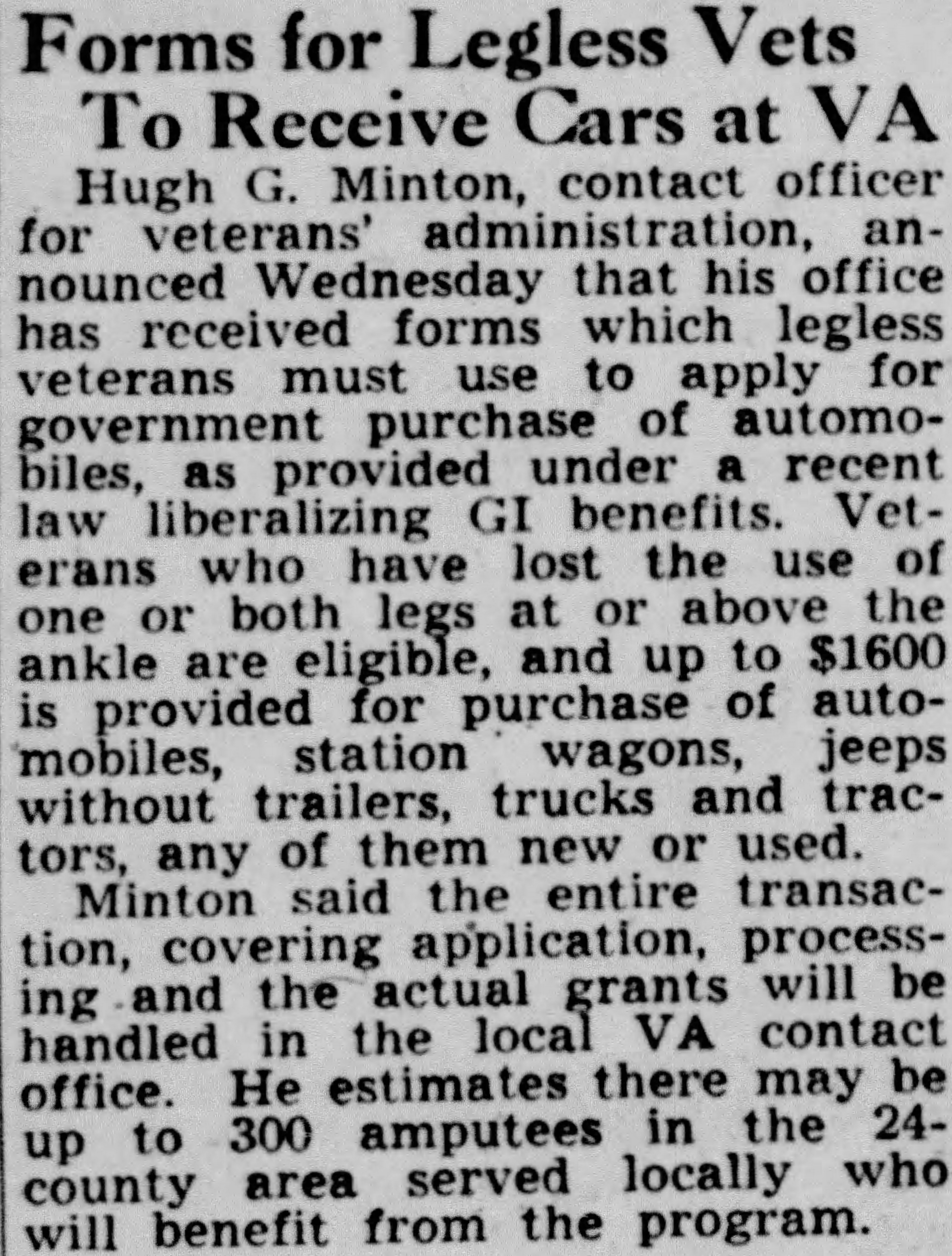 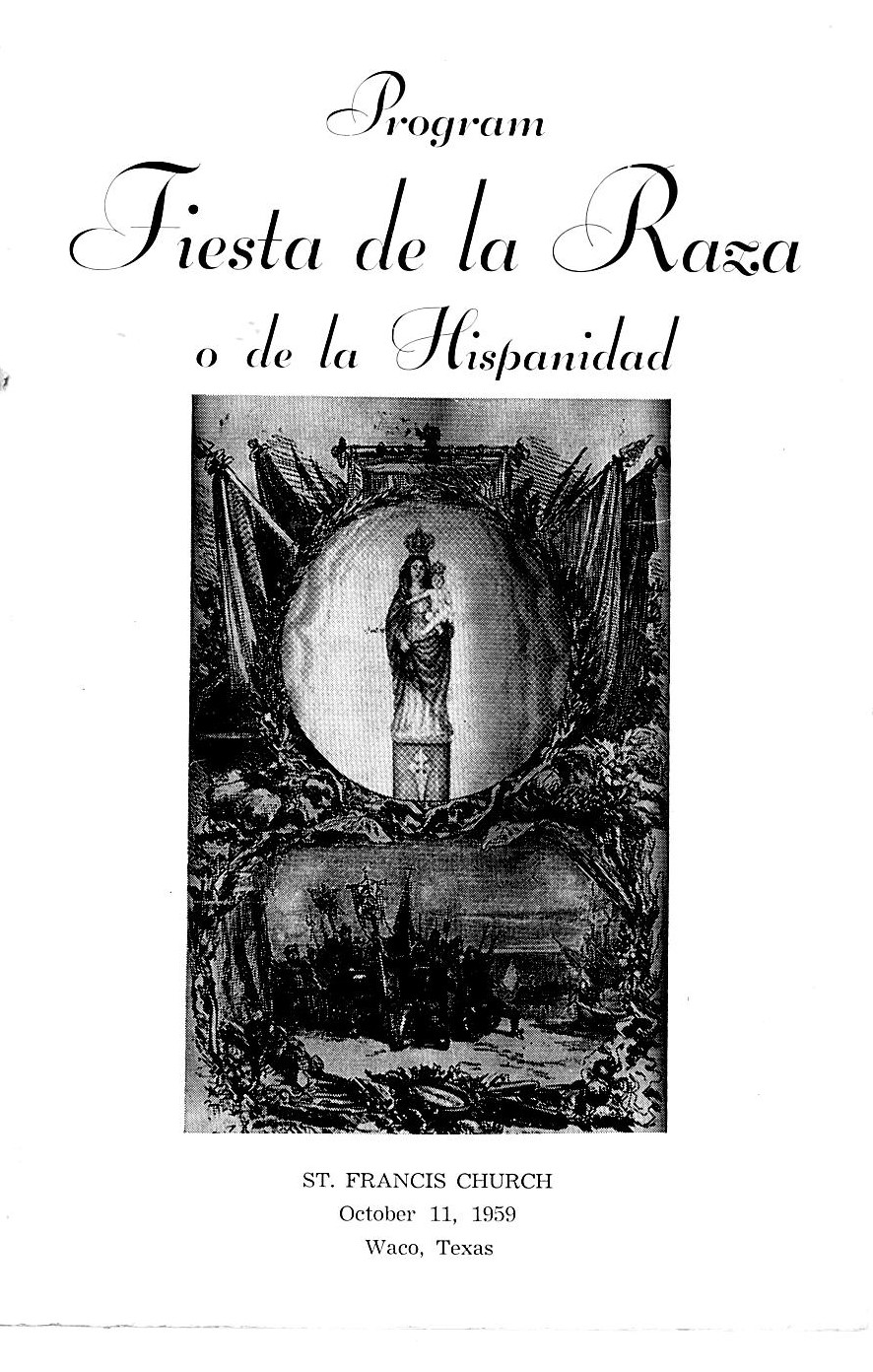 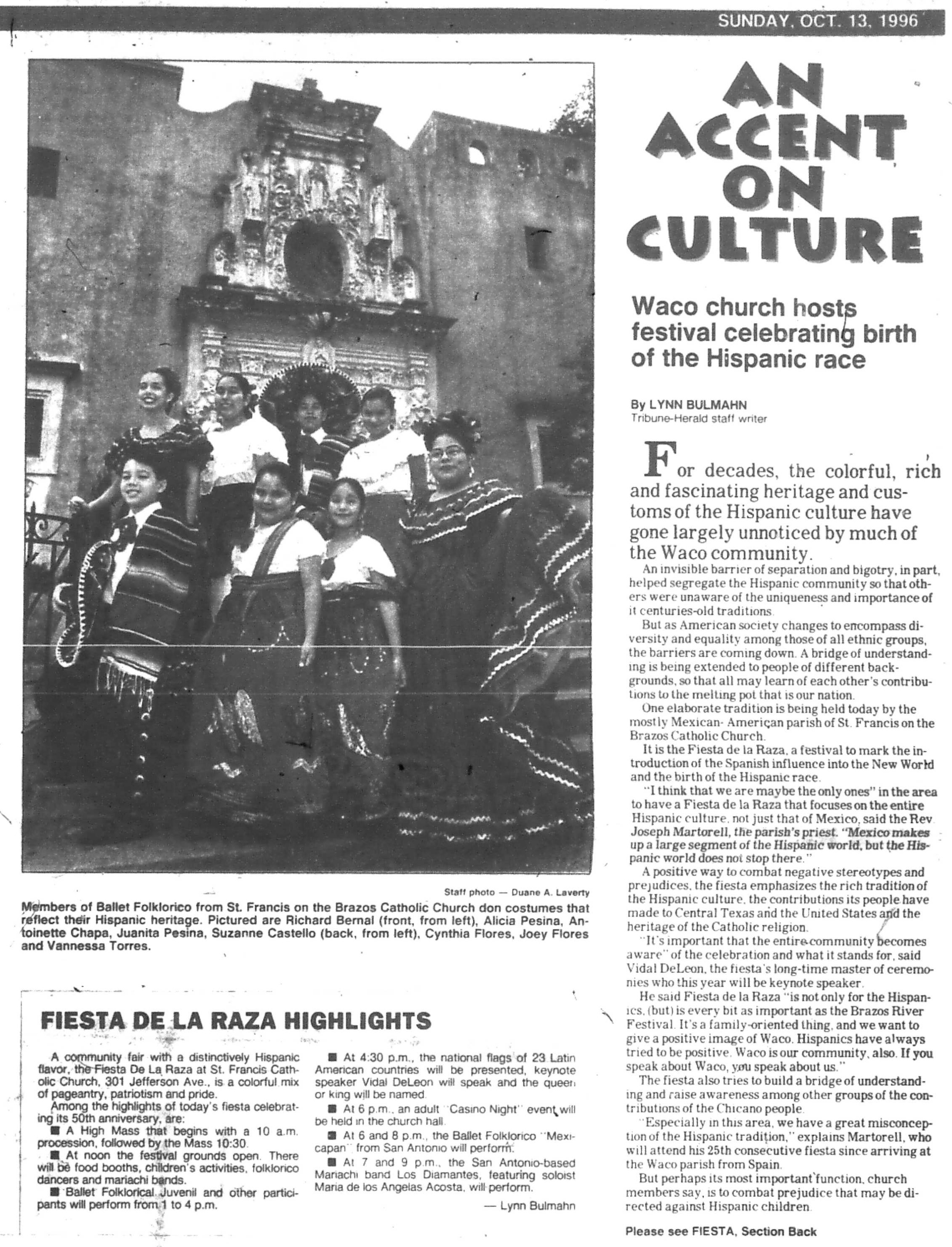 An Accent on Culture Article 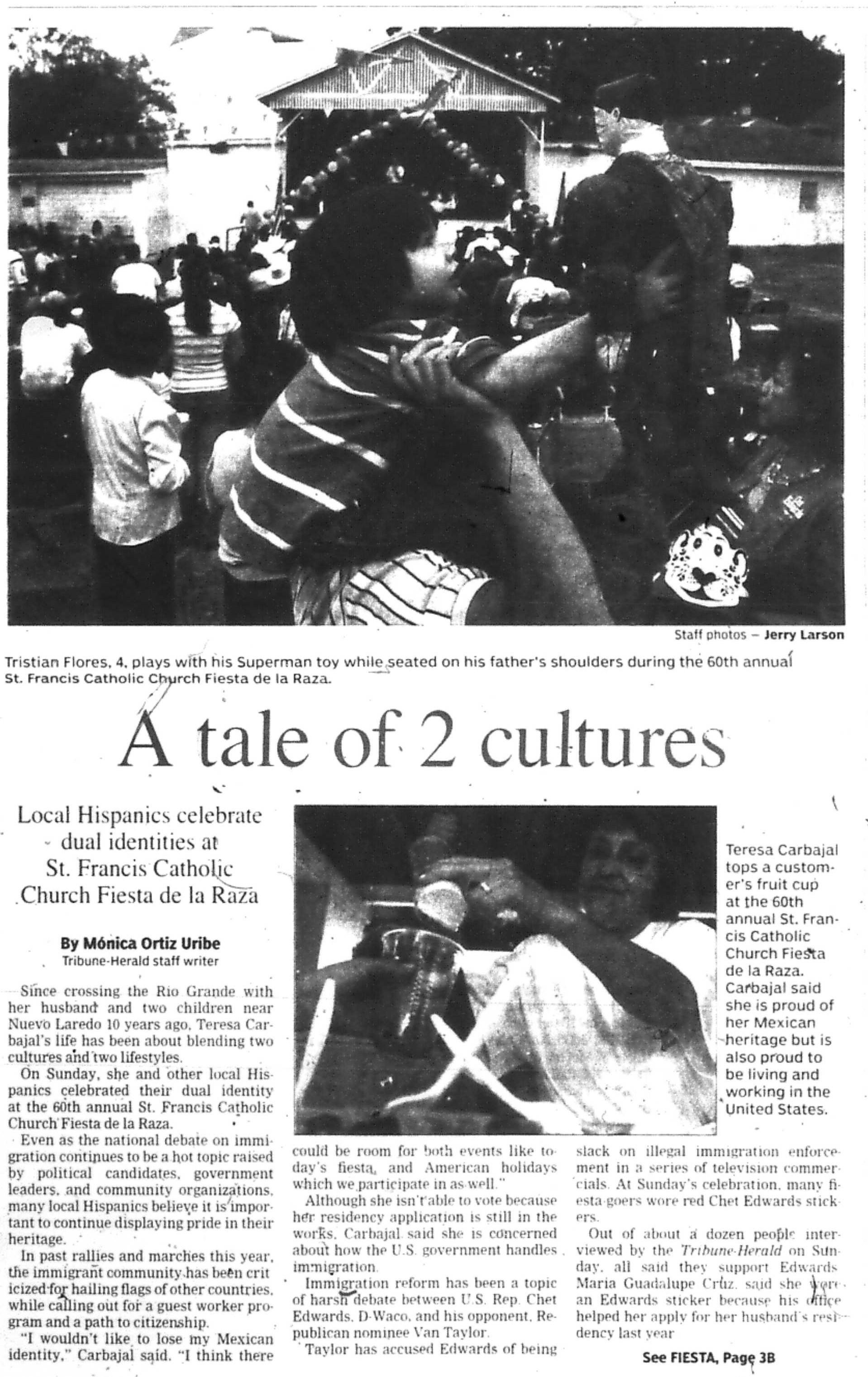